Do I Need a Visa to Go to Canada?

List of countries that need a visa for Canada, those who need eTA and those that are exempt from visa requirements

In order to enter Canada, you must obtain a passport stamp which acts as a visa and it is issued by a Canadian Consulate or Embassy in a foreign country. There are different types of visas, so this stamp could be used to move to Canada permanently or stay temporarily.

Just because Canada is a highly developed country, many people from all around the world want to go there for various reasons. People often ask themselves do they require Canadian Visa in order to go to the country.

The visa requirements depend on many things, such as country of origin. Most people have to obtain a visa in order to enter the country; however, residents of certain countries only require travel authorization, or they are completely exempt and can enter and stay in Canada without obtaining a visa.

Furthermore, we will go into all the details about who needs a visa and what are the requirements in order to go to Canada.

What Determines if You Need a Visa for Canada?

As we mentioned, there are many different factors that will help you determine whether or not you need to get a visa to visit Canada. You must know the following aspects if you ask yourself do I need a visa for Canada:

When you consider the travel document, it is always best if you travel to Canada with your passport, depending on the country that issued it, you can decide how you travel. In the article below we will determine which countries need a Canadian visa, as well as people that are only required with travel authorization document, and the groups of people that are exempt from the visa process.

Which countries need a Canada visa?

In order to enter Canada, 148 countries need to obtain a visa. Depending on the purpose of the visit, all the nationals from these countries must go through the process of applying for a visa. There are different types of visas that are designed for different reasons of entering the country such as working, studying or even immigrating. The following countries need to obtain Canadian visas in order to enter the country.

Which Countries Need a Canada eTA?

There are some countries that are exempt from this process and can enjoy more freedom of movement around the world so they might not need to obtain a visa in order to enter Canada. However, they must have a travel authorization.

With global technoloical development, the good thing is that Canada has developed this system to function electronically. This means that all applicants can find out whether they are allowed to go to Canada by entering their personal information, and based on the data, the system will evaluate the allowed candidates.

It is important to know that the nationals of the countries mentioned below will only need an Electronic Travel Authorization (eTA) if they are traveling by air. However, if the Nationals want to enter Canada by land or sea than they will only need their passports.

Here are the countries that are required to obtain an eTA to enter Canada by air:

Which Countries Do Not Need a Visa for Canada?

It is important to mention that some countries are not required with obtaining visa or Electronic Travel Authorization (eTA) in order to enter Canada.

How to Check Whether You Need a Visa for Canada?

Rather doing it manually by going to every country list and requirements, you can get the answers you seek by simply visiting the Canadian Government immigration portal.

The process has been simplified as the officials created a short questionnaire where you can get all your answers about the visa process and requirements by simply answering a few questions. You can find the questionnaire on this website. 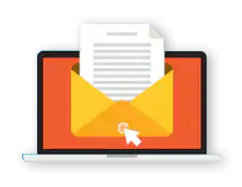 We are currently working on our social media pages.

Please check back soon for an update. Thank You!